Given the inconsistency of findings arising from social media research, it is necessary at times, to take a step back and consider the different social media experiences which young people have. Much social media research simply requires participants, when undertaking research, to be members of a social media platform, to use “social media” or to have a social media profile. While gathering this data is useful, and correlating it to various outcomes informs , it tells us little of the social media experience and the nuances of user interactions with the media and other users. A young person can, for instance, be a member of Snapchat but, is she merely “snapping” or is she serious about her Snapchat game, applying filters and compiling “streaks”? One can be a member of Facebook without ever completing a “status update”, uploading photographs of one’s food or indeed, commenting on a friend’s post. Can’t one Instagram (Yes! I’m using it as a verb) to promote one’s blog or just to look at the pretty pictures?

Without examining outcomes of the interaction with specific social media platforms, it is clear that there are two key types of social media interaction; active and passive (Burke, Marlow & Lento, 2010). Active, directed social media use, or the production of content, has been described as the interaction on a site between a user and another friend. In this interaction, one friend identifies the other and communicates with them directly or posts a comments.  Active social media use could also include positing comments or “likes” to pages with which the user has no direct, intimate relationship. Active social media use can be imagined as purely communication for communication’s sake, or as it has been, as a means of identity expression, both self- and social- (Thorbjørnsen, Pedersen, & Nysveen, 2007). However, as young adult social media users maintain large networks of friends and acquaintances across multiple social media, direct, targeted communication is not always possible. Interactions are restricted to viewing aggregated status updates, tagged photos, snaps and posts. These interactions involve the consumption of content, exclusive of exchange and direct interaction.

Active social media use, in the form of one-to-one communication, has been implicated in reduced loneliness and depression (Shaw & Grant, 2002), it has predicted relationship strength (Gilbert & Karahalios, 2009) and using social network sites is a positive and significant predictor of people’s social capital and civic and political participatory behaviours, both online and offline (Gil de Zúñiga, Jung & Valenzuela, 2012). Active microblogging has been correlated with elevated student engagement and higher grades (Junco, Heiberger, & Loken, 2011). However, passive social media use, online behaviour that allows the user to consume and observe content or “lurk”, is the predominant social media activity, yet there is little research which differentiates this type of interaction from active social media use. 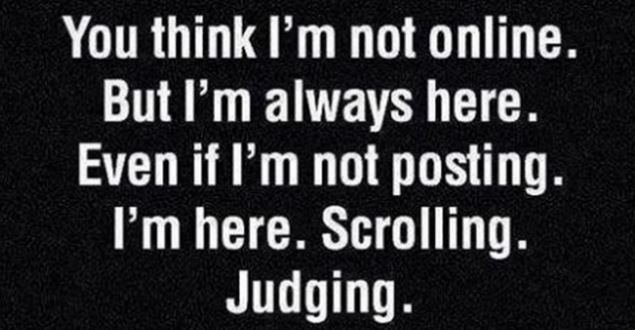 Concern is often expressed over the fact that young people are using social media increasingly and in increasing numbers. And while research tells us that usage has an effect and that, at times, these effects can be detrimental to our well being, research does not tell us whether this use or whether these effects emerge from dynamic exchanges and direct communication or from passive observation and the reaction to what we observe. Actively interacting and communicating on social media has to have a completely different outcome than passively allowing content to wash over us. It is therefore important that, when looking at social media research or when reading about the effects of social media use on young people, that we scrutinise the nature of the interaction. Further, results which emerge from research  which does not reveal the type of interaction, is weakened.